The state of Virginia, the U.S. murderous capital, yesterday abolished the death penalty after more than 400 years. Back then white men mostly missionaries, slave traders, and military came to Africa, bought some Africans, and kidnapped many from Cameroon, Nigeria, Sierra Leone, and elsewhere in Africa.

In Africa, they were bringing the bible and spreading falsehood that they were bringing them for work and better lives. They told Africans that Africans God's are gods so Africa have to do away with the cultures and heritage, they brought education to some level, sold more lies to us Africans, and finally colonize us, which gave them access to start stealing Africa raw materials, they stole from Africa for years,

It was yesterday that The state of Virginia, the U.S. murderous capital, finally abolished the death penalty after more than 400 years.

After enslaving Africans, jailing them, chaining them, having them work for them for years without being paid, and executing some of them

When you hear about injustice and jungle life, this has been with the world for years, though lately the whites have learned from their mistakes and few of them have chosen the right part for their people and the western world are doing fine today

While Africans and African leaders, mostly corrupt politicians have been a hell loss to their citizens, may God help us

Need the GSM Number Of Nigerians, Get It here

And Follow Here To Also Secure The Email DATABASE Of Nigerians 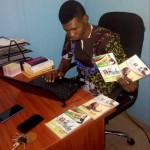